My new book, From, A Country Diary, published October 2018.

from, Anatomies of Melancholy

I have an animated poem in the festival A book of poetry (with Johan de Wit and Antony John)

Lives of the Saints from the
wonderous Red Ceilings Press

My work is in The Art of Typewriting, published by Thames and Hudson.

For the users of this blog...

I use this blog to help me write new poetry.

If the book is published, I delete the old blogs. Then I start a new series. But I may make a selection of the finished poems available in PDF form.

Archeus was written this way. I have deleted the old posts, but a substantial excerpt (the first of its four parts complete with graphics) is here.

Variant Lines was published March 2013 by Red Ceilings Press. It too first appeared on this blog. Get the PDF taster here.

Lives of the Saints mostly appeared on this blog first before it too was published by Red Ceilings Press.

Created for the Digital Poetry and Dance event, Jan 31st 2015, at the Electronic Poetry Center (EPC). There are two versions:

The colour version was chosen.

Simon was a poet and publisher. This is our tribute to him.

I have some poems in Sein und Werden's Oulipo edition. It is edited by Jason Rolfe. Lots of work in it. Do make a visit.

My 'Eutropius' poems (from Lives of the Saints) have been have published by the Hassle Press pamphlet series (edited by poet John Phillips). No weblink for this. He distributes them in pubs.

Launch of 'Kenya' at Birkbeck, University of London, 15th December 2016. With Antony john and Johan de Wit, and Stephen Emmerson and Peter Larkin.

Reading at the The Other Room, Manchester, 7th December 2016, The Castle Hotel. With Cathy Butterworth and Kerry Morrison .

The Blue Bus is pleased to present a reading of poetry by Cathy Weedon, Antony John, Laurie Duggan, matt martin, Johan de Wit and Wayne Clements on Tuesday the 16th of June from 7.30 at The Lamb (in the upstairs room), 94 Lamb’s Conduit Street, London WC1. This is the 101st event in THE BLUE BUS series.

The Blue Bus is pleased to present a reading by LLL, Wayne Clements and Juliet Troy on Tuesday 6th August 2013, from 7.30 at The Lamb (in the upstairs room), 94 Lamb’s Conduit Street, London WC1.

This exhibition, curated by David Miller and Chris McCabe, focused on the ways in which poetry has moved into a visual dimension in work by recent practitioners.

"A preview event for a new, pioneering anthology of text artists and poets 'The Dark Would', which includes work by over 100 contributors including Richard Long, Fiona Banner, Charles Bernstein and many more.

Join us for a set of readings and a panel discussion by artists and poets. Chairing the discussion and fielding audience questions is 'The Dark Would' editor Philip Davenport and curator Tony Trehy."
http://www.list.co.uk/event/339557-the-dark-would/

Birkbeck: Poetry and Revolution My paper is here. 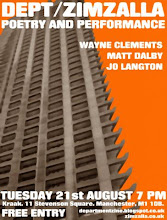 Done now but the video is here:

Variant Lines and other poems 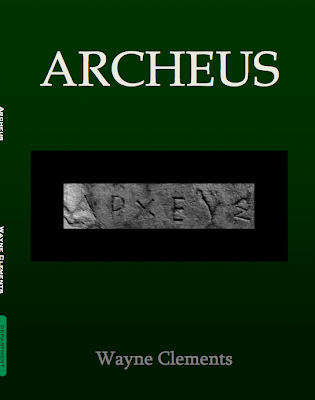 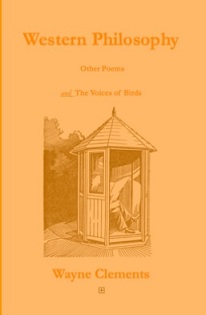 and some other places

2. Some of my drawings from Archeus are also featured here: The New Post Literate.